Guns, Germs, and Steel: The Fates of Human Societies by Jared Diamond

A must-read for anyone puzzling over why there appears to be so much inequality in the world. I wouldn’t say it lets warmongers off the hook, but I won’t look at a map of the world again without acknowledging Diamond’s wide v tall continent theory.

In summary: To build an empire, put a man on the moon, invent the internet or find a cure for cancer, one needs the following:
1. Lots of healthy individuals with plenty of spare time on their hands which requires:
2. Not having to hunt/gather for your food which requires:
3. An agricultural revolution which requires:
4. Being born/migrating to a part of the world with plenty of edible plants/livestock/slaves to choose from which requires:
5. Living in/invading those ‘wide’ parts of the world enjoying a ‘Goldilocks’ relationship with the sun, i.e. Asia, Europe, North America.

Oh, and once you’ve discovered how to smelt iron during your spare time, make sure you travel the world in the ships you’ve invented to kill and/or enslave those still using flint tools, and the situation becomes an exponential curve of ‘progress’. What? They refuse to be enslaved? Don’t worry – living in close proximity to all that livestock means you’re now a walking biological weapon too and the less fortunate will soon be dead through disease anyway.

Four and not five stars only because of Diamond’s repeated insistence ‘race’ has had nothing to do with why Africans have never conquered the world. Not because I disagree, but because he doesn’t then go on to draw the obvious conclusion – had the Sahara Desert been on the same latitude as Europe, there’s a good chance they would have.

View all my reviews

Should believers be worshipping The Devil?

The Boxing Day Tsunami of 2004 killed an estimated 230,000 people across 14 countries. Given many were babies or children too young to understand let alone be capable of sin, theologians generally agree this could only have been the work of The Devil.

Now, as God not only failed to stop the evil but has still yet to resurrect any of Satan’s victims, one can only assume that of the two unseen entities, the latter is by far the more powerful. Logically therefore, when it comes to ensuring one’s place both here and in the afterlife, it is The Devil we should be worshipping and not God. 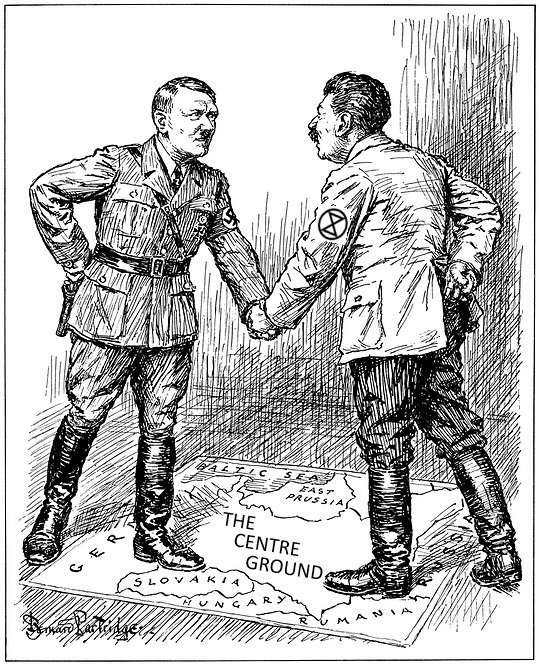 Am I a war criminal?

I am expecting a knock on my door one day. A conversation will ensue during which the visitor will accuse me of being an accessory to murder. The accusation won’t come as a surprise and neither will I be able to deny the claims. For I witnessed the planning and conduct of the 2003 invasion of Iraq and did nothing to stop it.

Think my arrest unlikely? It’s nothing that wouldn’t make perfect sense to Oskar Groening. Oskar was once an office clerk who, along with the thousands of other Nazis deemed not to have blood on their hands after the Second World War, was allowed to lead a normal life. However, seventy years later he was arrested, tried and found guilty of ‘being an accessory to the murder of at least 300,000 Jews’. His crime? He happened to be stationed at Auschwitz which meant he knew of the atrocities but did nothing to stop them. The irony was if he hadn’t been such a high-profile campaigner against fascism, he probably wouldn’t have been arrested in the first place.

I share a similar sense of responsibility. When, back in 2003, it was discovered Iraq had no weapons of mass destruction I truly believed there would be no war. To say I was aghast to discover we were going to invade the country regardless is an understatement. I voiced my concerns at the time but only to be met with shrugs of shoulders and shakes of heads. In the military, you are trained to obey orders – not to question them – but that didn’t and doesn’t stop me from being troubled by what has since been euphemistically called ‘a mistake’.

The public’s attitude towards its military is changing. What was once seen as an institution to be proud of is increasingly viewed with pity today; nothing more than pawns, put into difficult and dangerous situations by misguided masters with equally dubious intentions. It’s nothing new. When I decided to join the army back in the 1970s, one of my school teachers asked me why I would want to kill people. I was stunned by his attitude. I didn’t want to kill anyone – I just wanted a job. I dismissed him as an out-of-touch hippy, but in the decades since, few would argue many more now share his concern. Who would want to kill someone? The answer of course is that no one does, but there can be no doubt fighting for one’s nation doesn’t resonate like it used to. And, if anything, society is becoming increasingly dismissive of the concept.

The word ‘nation’ has negative connotations today and to the point where it has even become linked with fascism. To many, it conjures up images of far-right organisations, proudly flying the red, white and blue as if it were a swastika. Our elected politicians share a similar discomfort – The Scottish National Party certainly regrets the n-word and as for their thoughts on the Union Jack…

But where does that leave ‘national’ organisations like the military? Like many a teenager, when I first enlisted I was just chasing a paycheck and looking to the weekends. Then, to my surprise, I found myself being honoured by Her Majesty The Queen and my chest swelled with pride. It was official. My contribution to the betterment of society had been recognised at the highest level and I willing wedded myself to the military in response. A proud servant to Queen and country – my nation.

In the UK (and I suspect increasingly so in the US), that attitude is not only ridiculed now but abhorred. Today, the only time society takes pride in itself is at sporting events. When an athlete dedicates his or her latest win to the nation, the country’s flag is waved enthusiastically in response but if a soldier, sailor or airman expresses a similar pride in their achievements, society’s reaction is tempered with a heavy dose of pity and even regret.

But if you think the passage of time isn’t about to further change the way the UK, the US (or any Western nation for that matter) views its service personnel then look at how we treat our veterans today. I may not have been serving when The Bloody Sunday Massacre took place in Northern Ireland but the fact the soldiers involved are being investigated for murder some forty-five years later comes as no surprise to me.

I’m proud to have served Queen and country but just as German society has seen fit to change its mind about someone once viewed as little more than a victim of circumstance, I suspect the passage of time will ensure my pride and that of many others will one day receive a similar punishment.

I often wonder if there was more I could have done to prevent the needless deaths of thousands of Iraqis and allied troops back in 2003 and that’s why I took to writing – to try and exorcise my sense of guilt. Oskar was ninety-three when he was arrested so I suppose I could even be dead by the time society decides my particular ‘blind eye’ was a war crime. Here’s hoping.

Dementia is often described as ‘a ticking time bomb’. According to the Alzheimer’s Society, by 2025 there will be one million sufferers in the UK and, without a cure, by 2051 that number is expected to double. It’s clear a treatment is needed and, if the many ‘breakthroughs’ that sadly turn out to be false-dawns are anything to go by, every effort is being made to rid society of what is fast becoming its biggest issue.

Which is probably why some of the more fanciful attempts receive so much media attention. On the face of it, the aims of companies like Elon Musk’s ‘Neuralink’ are straight from the pages of a science fiction novel: Link our thoughts with those of a computer and let artificial intelligence come up with the answer to dementia. Elon even thinks the ‘link’ could be functioning as a concept in as few as four years. Think about that. By 2022 you could be operating your phone by thought alone – no more bumping into others on your walk to work, that’s got to be a good thing, right?

There’s no doubting Elon’s track record in matters technical. Paypal and space rockets aside, the self-driving car is probably his most well-known venture so, at the very least, we should be taking him seriously. And, given his and other futurologist’s concerns with what AI might one day be capable of, his thoughts on the direction in which humankind is travelling should be treated with just as much respect. But it’s the laws of unintended consequences that have a habit of biting us and I have reason to believe they’re about to.

What if Neuralink (or one of the many other companies with the same altruistic aims) didn’t just find a cure for dementia but for all brain disorders? I’m no neurologist but I know for a solution to be found, our (or AI’s) understanding of how the human brain works would have to increase and dramatically. Replacing damaged neurones and synapses is one thing, but recovering the lost thoughts of an Alzheimer’s patient quite another and I think the temptation, not to mention the revolution, of using ‘other’ thoughts as replacements, will be too great. Why? Money of course.

Dementia currently costs the UK £26.3 billion a year and the majority of that is care. Parking secondary medical conditions to one side, that figure would be wiped out virtually overnight if each sufferer were cognitively able to not just recognise their loved ones again but to go about their lives as if the condition had never existed in the first place. Walk, talk, eat, love, laugh, communicate – everything we ‘normal’ people take for granted. Just imagine what the government would be able to do with the £26.3 billion of savings that would generate. Now imagine the pressure to turn that into £100 billion.

It wouldn’t take long. Once it becomes clear not just dementia but other brain diseases like autism or schizophrenia can finally be conquered, how long do you think it will be before the pressure to save money turns our leader’s thoughts to the minds of those deemed to be equally ‘sick’: Criminals. Aren’t prisons ‘correctional’ institutions anyway? Imagine – no more violence, no more rape, no more murder. Who could possibly object to that? And why stop there? How about ‘treating’ other threats to society – political extremists perhaps? Or even activists? In order to identify potential offenders, the government (or AI) would have to know what’s going on in our minds of course, but didn’t we just decide being able to use our phones by thought alone was a good thing?

Sound fanciful? Not if my experience is anything to go by I’m afraid. After thirty years of military service to my country, the government decided my mind was suffering and would benefit from a process called Cognitive Behavioural Therapy. At the time I was happy to engage – anything to help relieve the stress I was under – but when it became clear the process aimed to ‘correct’ my thinking, well, let’s just say I decided to write a series of novels about it.