buy ivermectin ivermectin Dementia is often described as ‘a ticking time bomb’. According to the Alzheimer’s Society, by 2025 there will be one million sufferers in the UK and, without a cure, by 2051 that number is expected to double. It’s clear a treatment is needed and, if the many ‘breakthroughs’ that sadly turn out to be false-dawns are anything to go by, every effort is being made to rid society of what is fast becoming its biggest issue.

Which is probably why some of the more fanciful attempts receive so much media attention. On the face of it, the aims of companies like Elon Musk’s ‘Neuralink’ are straight from the pages of a science fiction novel: Link our thoughts with those of a computer and let artificial intelligence come up with the answer to dementia. Elon even thinks the ‘link’ could be functioning as a concept in as few as four years. Think about that. By 2022 you could be operating your phone by thought alone – no more bumping into others on your walk to work, that’s got to be a good thing, right?

There’s no doubting Elon’s track record in matters technical. Paypal and space rockets aside, the self-driving car is probably his most well-known venture so, at the very least, we should be taking him seriously. And, given his and other futurologist’s concerns with what AI might one day be capable of, his thoughts on the direction in which humankind is travelling should be treated with just as much respect. But it’s the laws of unintended consequences that have a habit of biting us and I have reason to believe they’re about to.

What if Neuralink (or one of the many other companies with the same altruistic aims) didn’t just find a cure for dementia but for all brain disorders? I’m no neurologist but I know for a solution to be found, our (or AI’s) understanding of how the human brain works would have to increase and dramatically. Replacing damaged neurones and synapses is one thing, but recovering the lost thoughts of an Alzheimer’s patient quite another and I think the temptation, not to mention the revolution, of using ‘other’ thoughts as replacements, will be too great. Why? Money of course.

Dementia currently costs the UK £26.3 billion a year and the majority of that is care. Parking secondary medical conditions to one side, that figure would be wiped out virtually overnight if each sufferer were cognitively able to not just recognise their loved ones again but to go about their lives as if the condition had never existed in the first place. Walk, talk, eat, love, laugh, communicate – everything we ‘normal’ people take for granted. Just imagine what the government would be able to do with the £26.3 billion of savings that would generate. Now imagine the pressure to turn that into £100 billion.

It wouldn’t take long. Once it becomes clear not just dementia but other brain diseases like autism or schizophrenia can finally be conquered, how long do you think it will be before the pressure to save money turns our leader’s thoughts to the minds of those deemed to be equally ‘sick’: Criminals. Aren’t prisons ‘correctional’ institutions anyway? Imagine – no more violence, no more rape, no more murder. Who could possibly object to that? And why stop there? How about ‘treating’ other threats to society – political extremists perhaps? Or even activists? In order to identify potential offenders, the government (or AI) would have to know what’s going on in our minds of course, but didn’t we just decide being able to use our phones by thought alone was a good thing?

Sound fanciful? Not if my experience is anything to go by I’m afraid. After thirty years of military service to my country, the government decided my mind was suffering and would benefit from a process called Cognitive Behavioural Therapy. At the time I was happy to engage – anything to help relieve the stress I was under – but when it became clear the process aimed to ‘correct’ my thinking, well, let’s just say I decided to write a series of novels about it. 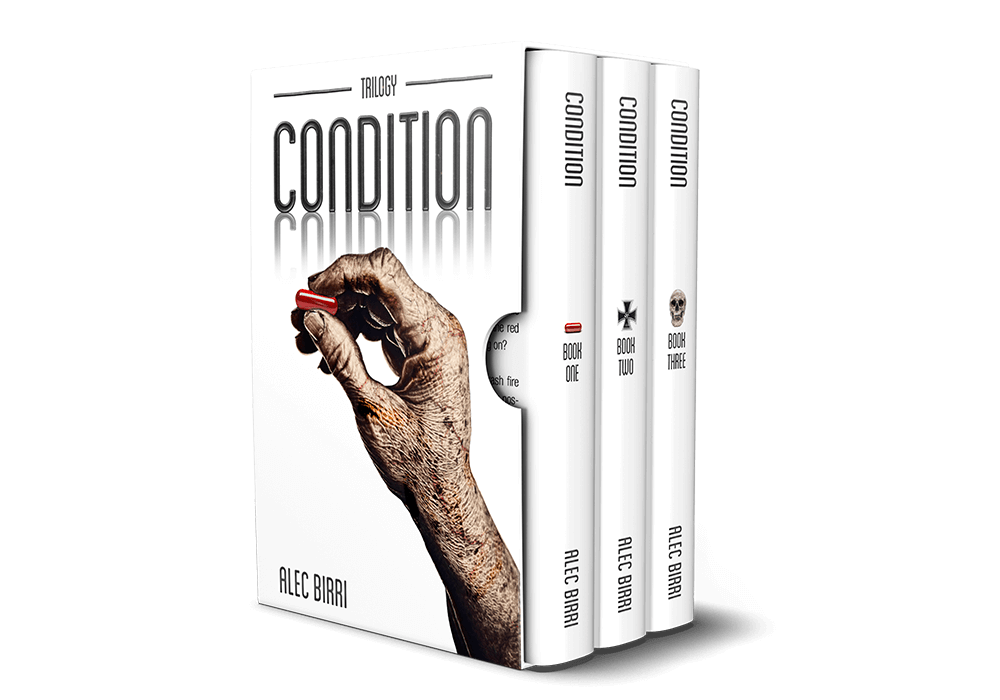